TWO MOVIES, TWO PLOTS, TWO LIVES.
MARIA ALTMAN – GUSTAV KLIMT’S NIECE, DURING THE ‘40S SECESSION IN VIENNA IN “THE WOMAN IN GOLD” – MEETS COPENHAGEN IN THE ‘20S AND “THE DANISH GIRL”, THE STORY OF DANISH PAINTER EINAR WEGENER.
TWO SOULS IN A COLLECTION IN WHICH ROMANTIC AND MILITARY, GOLD AND POWDER, MASCULINE AND FEMININE, MELD IN A PERSONAL VISION OF CONTEMPORARY ELEGANCE.

Harmonization: A celebration of traditional culture with  modern elements.

The collection, both seductive and soft at the same time, is condensed in the naïve but effective image of a little man who flies hanging to a heart made of red balloons. It’s inspired by Paulo Coelho’s Brida, in which a woman tells her existence in the pursuit of spirituality.

This inspiration is translated in a personal sensation of chromes and patterns, distributed on dresses which design a delicately feminine silhouette.

Coats, jackets and trousers with a masculine cut create a play of contrasts.

On these classic basis the embroideries stand out, along with prints and 3D patterns which stimulate both view and touch, defining graphic sceneries which convey wonder: red hearts, flowers, angels, hot-air balloons, petals, but also lipsticks and typically feminine accessories.

The fabrics condense the collection’s dichotomy: light silks, impalpable laces and tulle dresses contrast with the outwear’s wool and tweed. The colour palette includes the vivid tones of red and pink, with graphic touches of black. 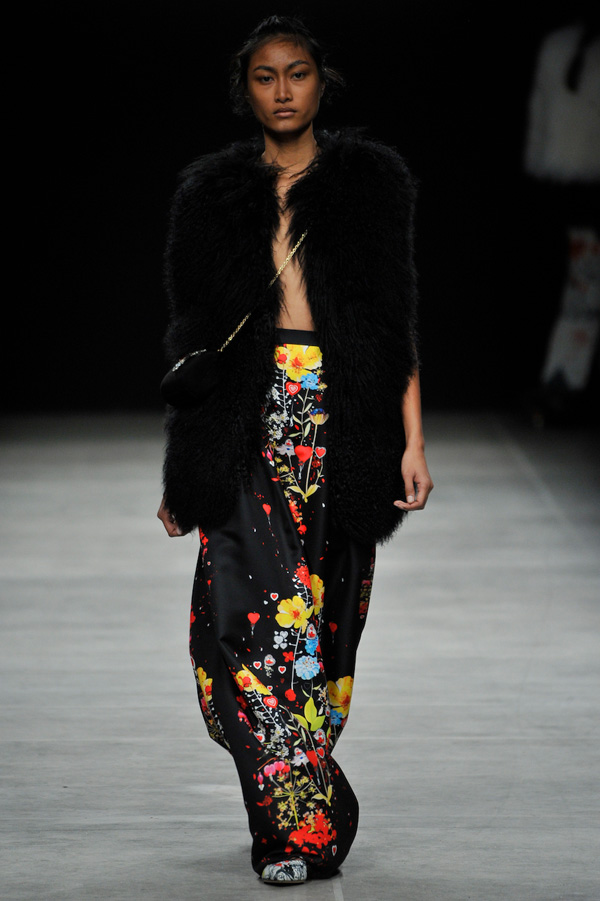 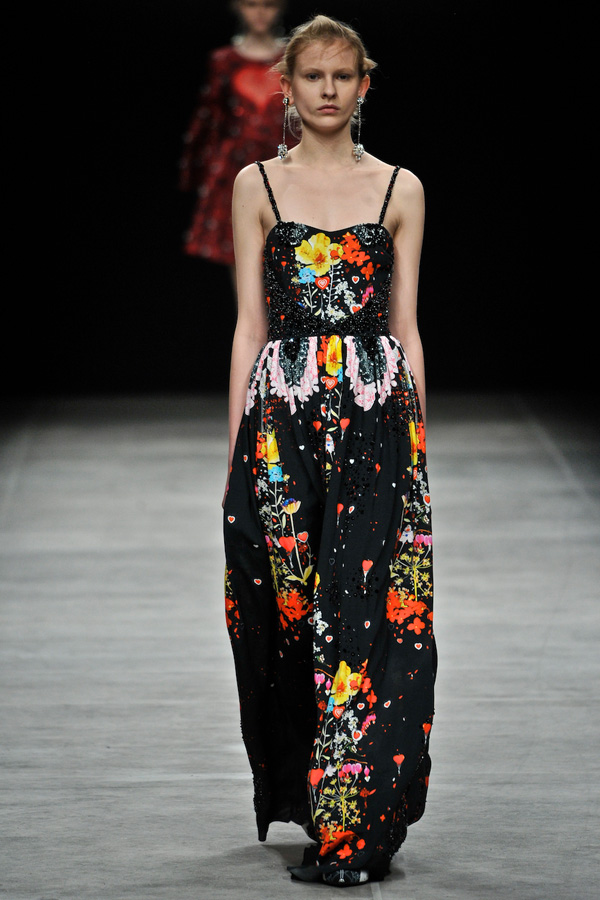 DESIGNER PROFILE Salvatore Piccione was born in Sicily in 1998. Graduated at IED in Rome in 2008, he won Who’s on Next? contest in 2014. Among his recent collaborations: Barbie for the Global Beauty project, Vogue for “Tempo”, Mary Katrantzou, Swarovsky, Top Shop, Pablo Bronstein, Longchamp. Femininity and seduction are the key elements of his style, characterised by a playful use of graphics and colours.

Alberto Zambelli lives and works in Milan, Tokyo and Shanghai. He attended Fortuny Professional Institute for fashion designers in Brescia and later graduated from the Institute Marangoni in Milan.

Another Autumn Winter season arrives and the Milan collections can not wait to be unveiled.   Here is Chicca Lualdi AW15, hope you enjoy as much as we did.

Design Duo Nicholas and Christopher Kunz were inspired by Swiss born explorer Isabelle Eberhart who at an early age departed Geneva in route to North Africa.

The color palette reflects nature’s changes in one desert day. The arid and unforgiven conditions are reflected in the choice of textures. Cotton and draped fabric shawls with leather accents along faded distressed jerseys.