hen the eyes are closed and the heart beats quickly, the body and mind becomes disengaged from the surroundings and the breathing becomes more shallow. As we give up our bodies to sleep, sudden twitches escape our brains and we go through a chain of sleep stages.
VIEW the POST

In addition to this, the social schedule contains more than 100 other events, ranging from parties to exhibitions and showrooms.

Today we will share two brands that shine as bright as a new Nova on the night sky, they are the new cluster of designers called Future of Fashion who are bringing new ideas into solid designs. Also a well known and always admired name in the fashion world is HENRIK VIBSKOV, who needs no introduction besides a few of his latest works to define the level of artistic and innovative creative genius whose creations merge into a different dimension.

Like an orchestra the bobbled heads, much like a nutcracker moved during the fashion catwalk.   It’s nothing less than impressive the level of artistry needed to showcase the designer’s vision without overwhelming the Jaw Nuts own light spot.

Henrik Vibskov ! !The name Henrik Vibskov is most commonly associated not only with a fashion label, but a multitude of twisted yet tantalizing universes created in relation to each collection! “Panopticon And On”, “The Transparent Tongue”, “The Stiff Neck Chamber”, “The Bathtub Observer” and “The Spaghetti Handjob” are just a few titles of shows Henrik Vibskov has produced lately, each title referring to a different but equally mesmerizing world and set of logic! As a fashion designer Henrik Vibskov has produced more than twenty collections since he graduated from Central St. Martin’s in 2001, and he is currently the only Scandinavian designer on the official show schedule of the Paris Men’s Fashion Week, which he has been since January 2003. 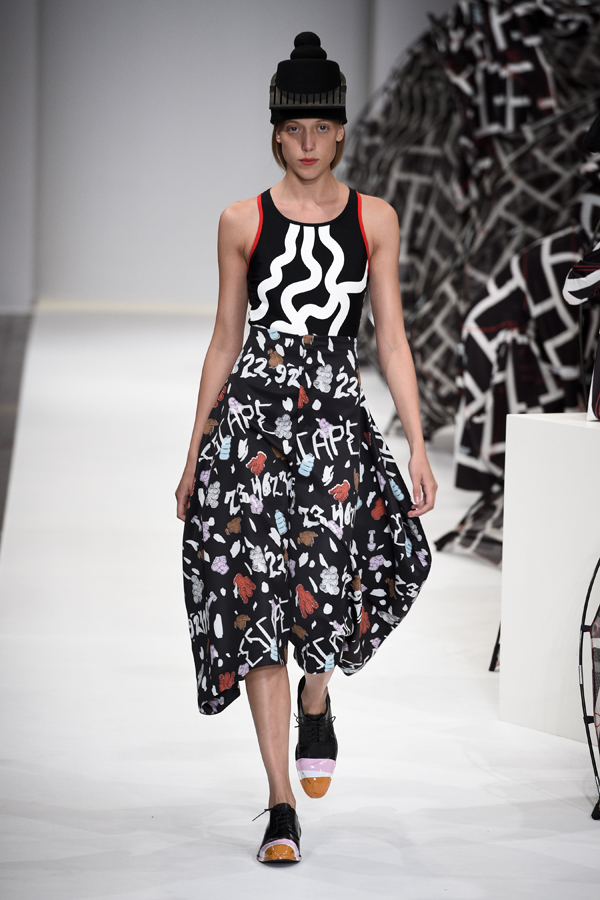 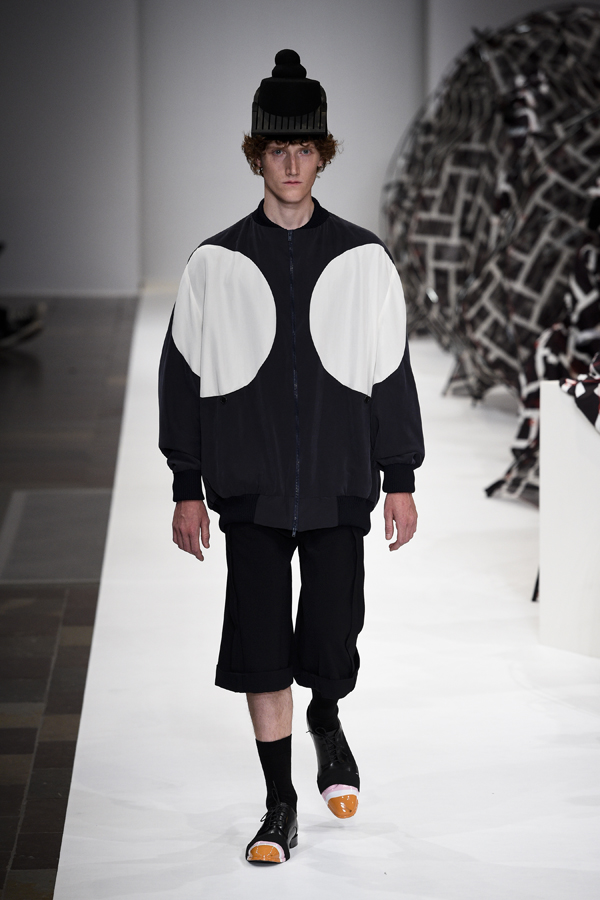 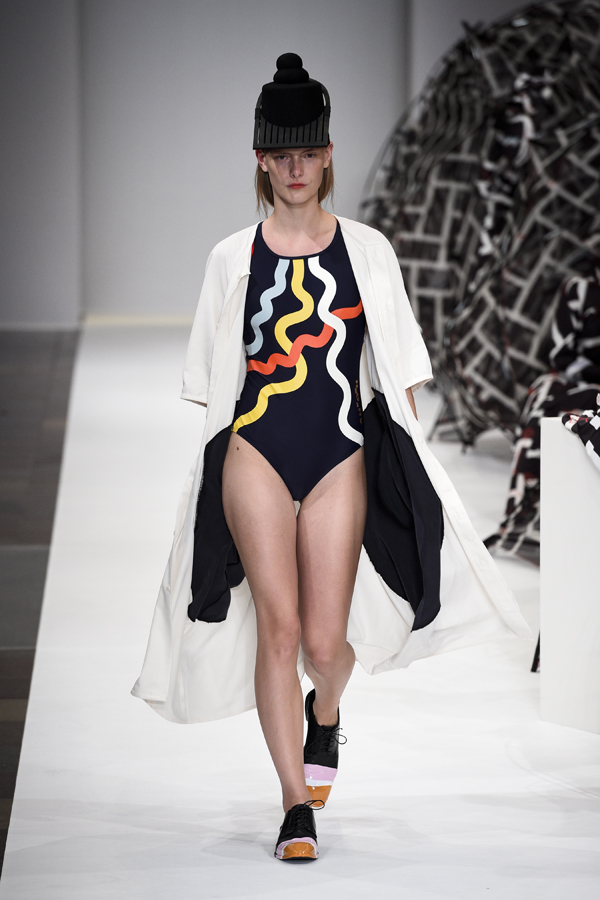 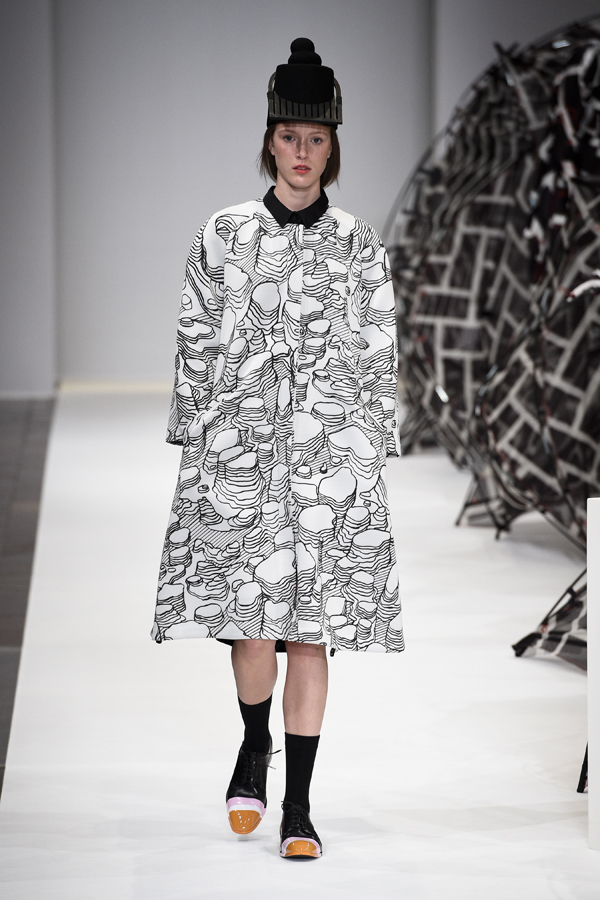 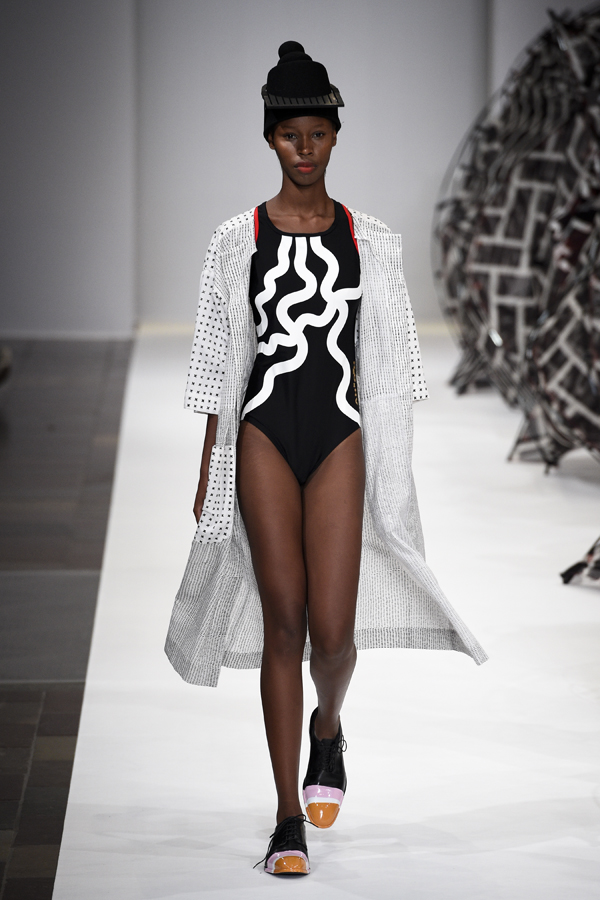 This is just what I needed after a few days in Paris, I needed a massage badly and unfortunately for me Henrik had a different idea. The show was more of an art installation and not the physical massage I was expecting.  To say the least I was not disappointed with the show. There was a 20 meter long contraption in the center of show with about 400 gloved hands moving in an oscillating motion up and down almost touching the face of the vocal artist performers  moaning “UOOOOO” and “AHHHH” s in a very sexy way.

The collections was not a disappointment at all. I loved the graphical prints of the massaging hangs on the fabric. The theme, graphics and the presentation of the collection was a masterful cohesive blending of Art, music and fashion. 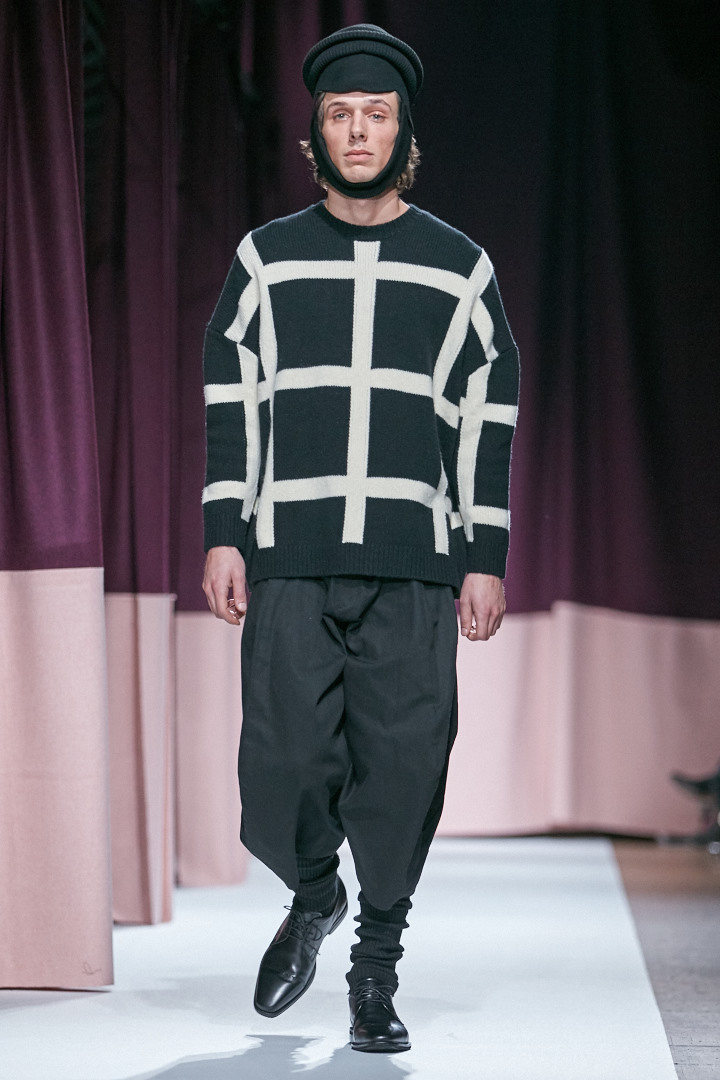 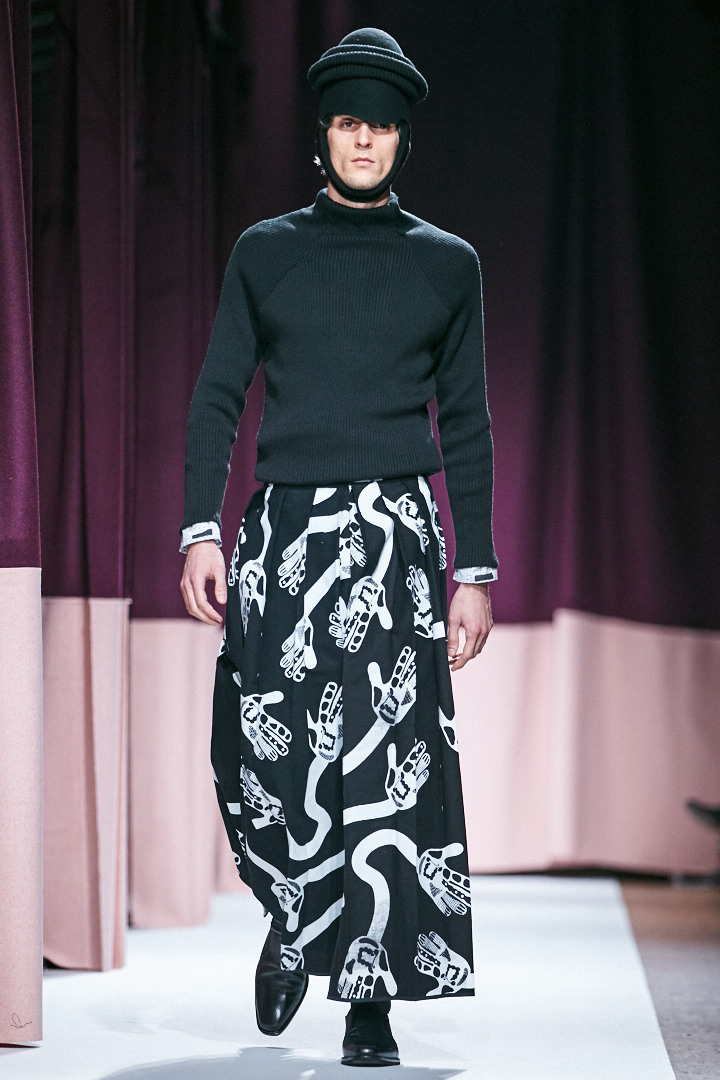 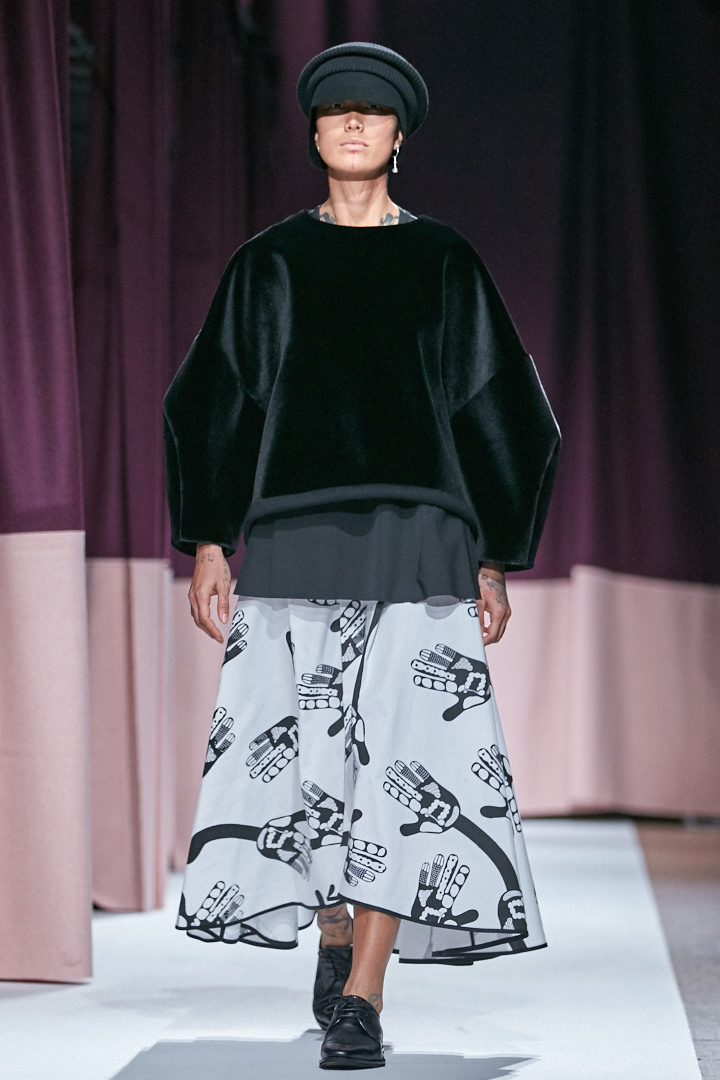 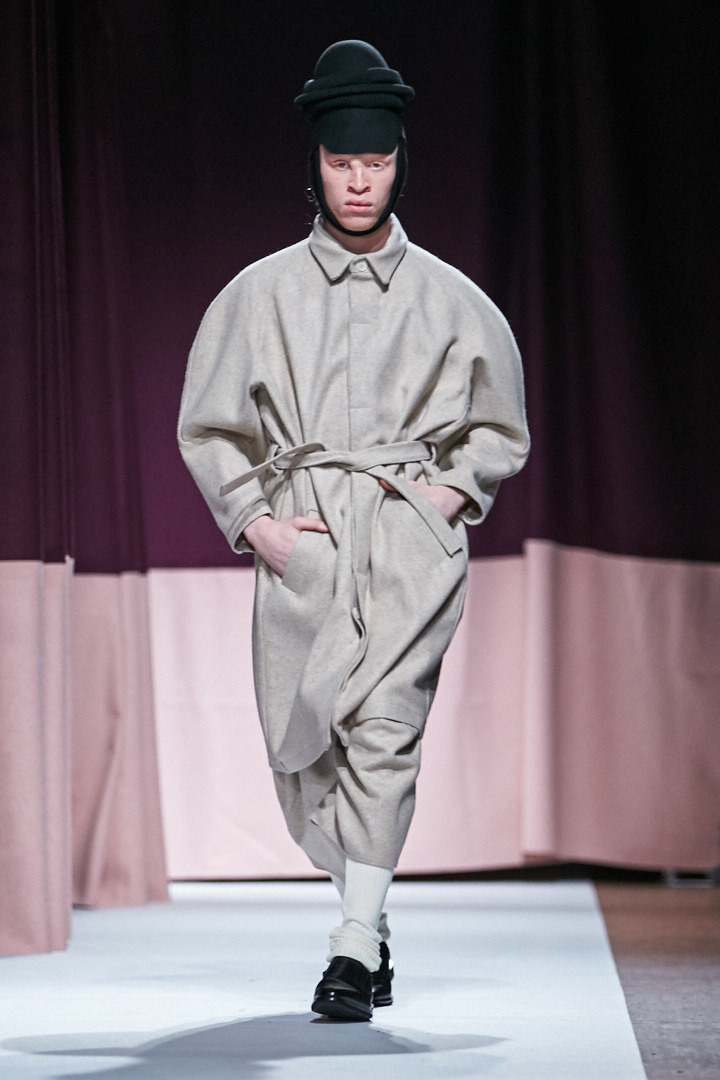 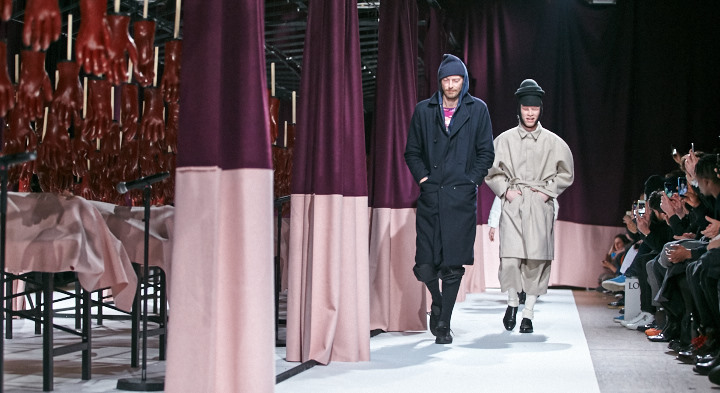 For more about Henrick  visit, http://www.henrikvibskov.com