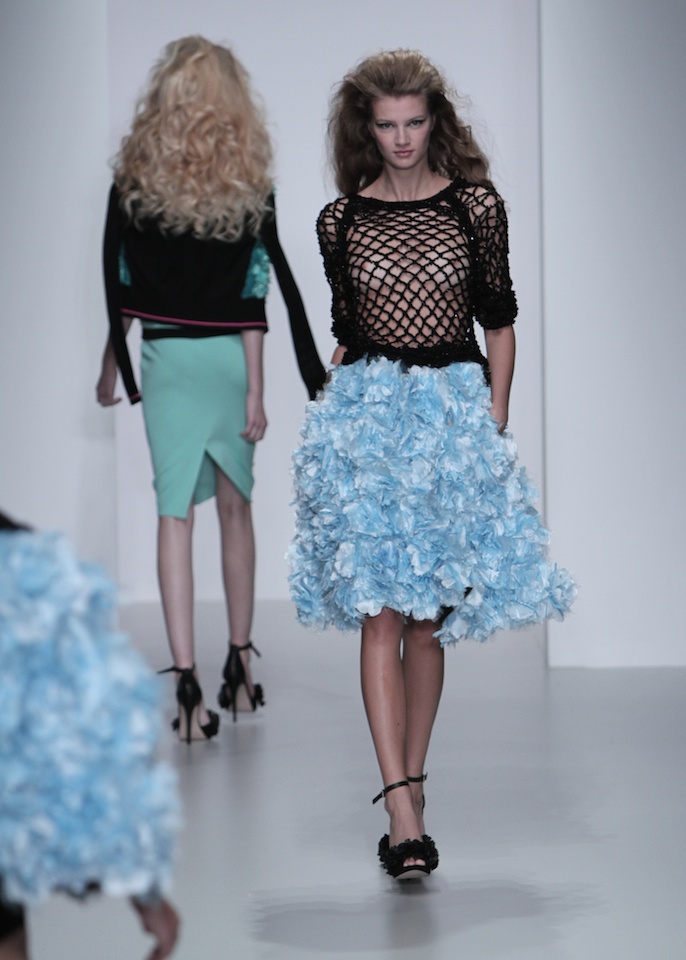 ORIGIN: The designers come from Yorkshire, Leicester and London respectively.
SIBLING launched on May 29th 2008 born out of a desire to give knitwear for men a good old fashioned shake-up with cartoon ka-pows of colour and bams of very English humour.

BACKGROUND: Roksanda is a graduate of the Central St Martins MA Womenswear Course.

IDEAL CLIENT: “Anyone who naturally gravitates to my work will look magnificent in it!”

BACKGROUND: Amy was born in South Africa and brought up in Cheshire, England. Percy is from the Isle of Wight.

IDEAL CLIENT: “Sophia Lauren in a rush with Peter Sellers in tow.”

THE COLLECTION: “The collection looks to the surrealist world to create hand crafted textures for a world of evening wear. A hierarchal level of colour pigments sets the scene for bold shoulders and statement chiffons adding a new aura to powerful dressing.”

CULTURAL INFLUENCES: “PPQ is part art and music, our brand grew from a collective of disciplines and we still look to them for inspiration and never ending lifestyle influences.”

BACKGROUND: British born Osman Yousefzada was making clothes from a young age. His mother ran a couture dress making business in Birmingham, where Osman cemented his love for cloth and its workmanship. He went on to study Fashion Design at Central Saint Martins before launching his own label in September 2005. He received NEWGEN sponsorship for three seasons (SS07 – SS08). Osman was nominated for the annual Designs of Year 2007 award at the Design Museum, which features the best 100 designs internationally, selected from all design disciplines. In addition, 2008 was the launch of one of the most successful, and critically acclaimed high street collaborations of the year – Osman Yousefzada’s Little Black Dress collection for Mango, which was sold in over 203 stores, and in 35 countries worldwide. 2009 saw the renowned authority on haute couture and vintage fashion, Didier Ludot, showcasing Osman’s work in the windows of his venerated Palais Royal boutique in Paris. He was shortlisted for the 2011 BFC/Vogue Designer Fashion Fund.

SIGNATURES: Simple yet highly intelligent and directional pieces. The clothes are exceptionally precise, well-tailored and finished but are softened with sensuous draping that is inspired by Osman’s interest in ethnicity and the costume of ancient cultures.

IDEAL CLIENT: “Probably Cate Blanchett. As a student, I was an usher at the Albery Theatre where she starred in David Hare’s Plenty. She left a huge impression on me: I watched her every night for six months whilst peddling my ice-creams.” 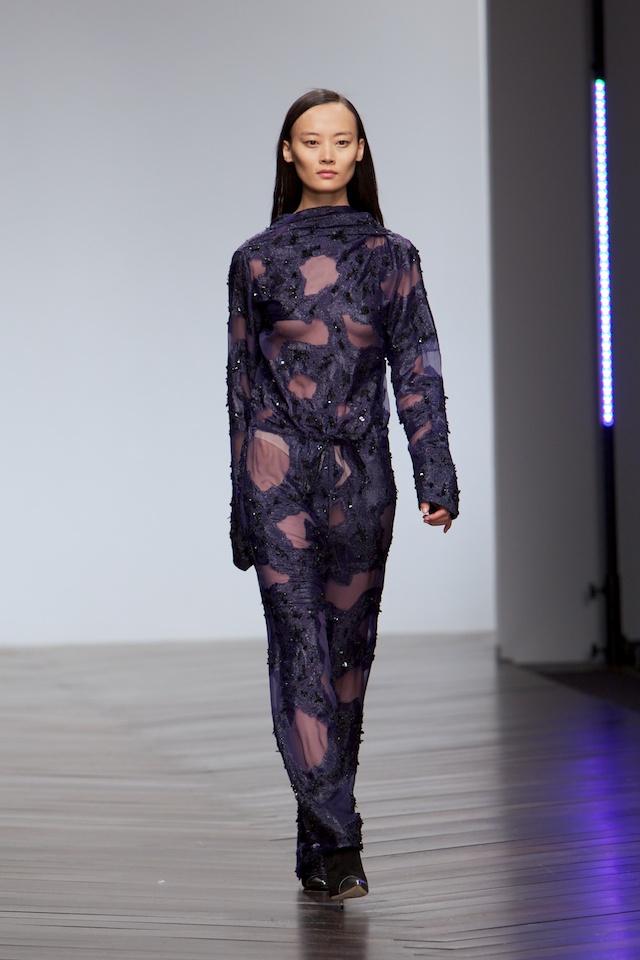 IDEAL CLIENT: “A creative who is independently minded and eclectic.“ 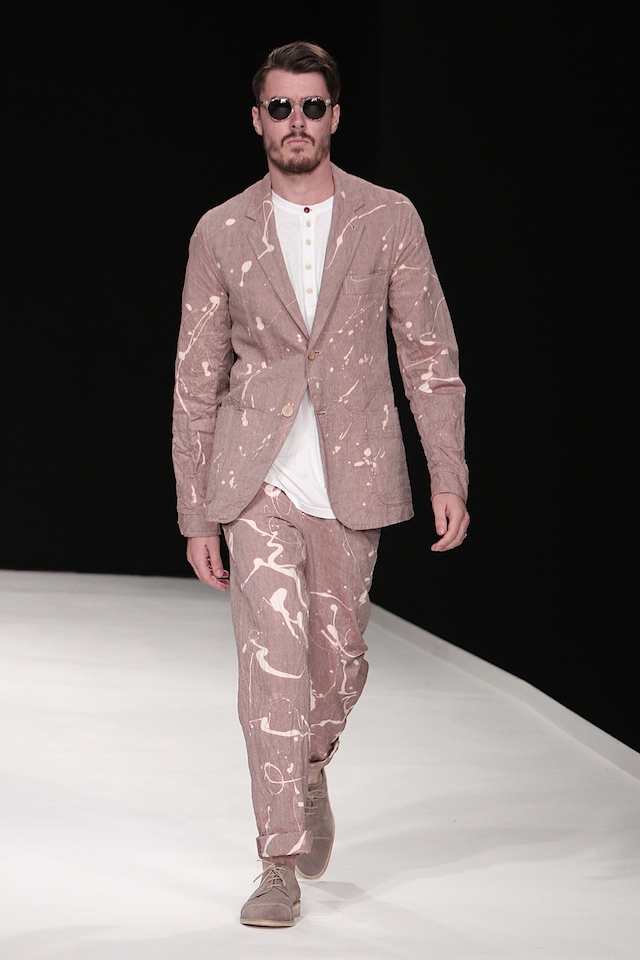 DESIGN BACKGROUND: In 2002, Philip Start established Start with his wife Brix Smith Start. Based in Shoreditch, Start originally comprised of one store housing mens and womens wear with an emphasis on jeans, by 2004 womenswear had gained it’s own premises across the street.
The latest addition to the Start family came about in 2008 when Philip set up his own men’s formalwear label, Mr Start. Specialising in tailored suiting both off the peg and made to measure, Mr Start occupies it’s own store neighbouring the womenswear Start store and has a representation of shirts and ties in Selfridges.

DESIGN SIGNATURES: “Modern and architectural. Mr Start is the definition of Shoreditch Luxury.”

IDEAL CLIENT: “Someone who’s interesting and not too into themselves.”

Originally from Taipei Taiwan, Ming Pin Tien is a London based fashion designer and completed his MA from London College of Fashion in Fashion Design & Technology, Womenswear in 2012.

BACKGROUND: Born in The Netherlands. Michael graduated from the MA fashion course at Central Saint Martins. He has worked at Sophia Kokosalaki and Alexander McQueen.

SIGNATURES: “I like to mismatch different references in each item of clothing. My autumn/winter 2009 collection is a juxtaposition of elements from different decades in fashion. I made each dress like a 3D collage of clashing colours, textures, weights of fabric and cut.”

IDEAL CLIENT: “Someone who’s not afraid to wear something a little more bold.”

THE COLLECTION: “Couture fabrics and shapes and deconstruction details.”

CULTURAL INFLUENCES: “In previous collections I have been inspired by various artists like Andy Warhol and Miro, but never in a literal way.”